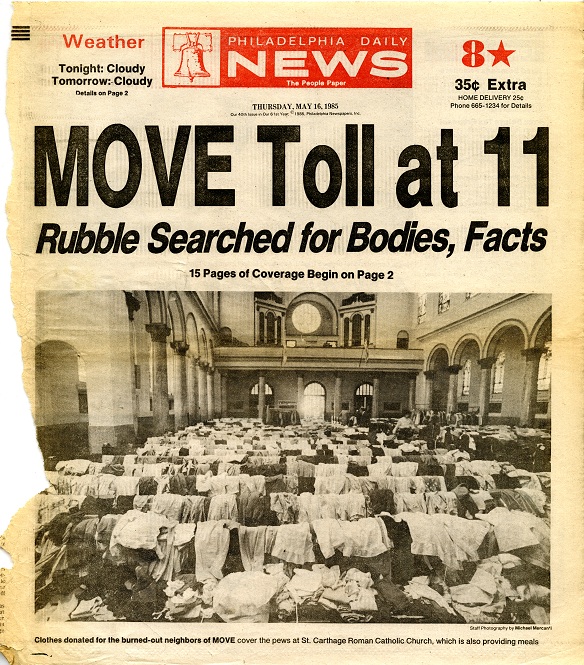 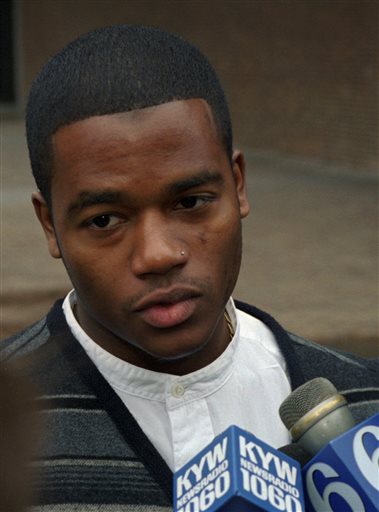 Michael Ward, known formerly as Birdie Africa, speaks to reporters outside the federal courthouse in Philadelphia Thursday, May 9, 1996. Ward testified Thursday to a federal jury that children and adults trying to flee the burning MOVE row house in 1985 were thwarted by a barrage of bullets from the outside. Ward was the only child to survive the fire. Ramona Africa, the only other survivor, has taken the city to court over the confrontation. (AP Photo/H. Rumph Jr.) 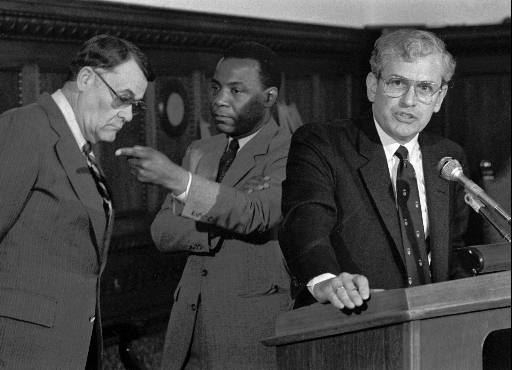 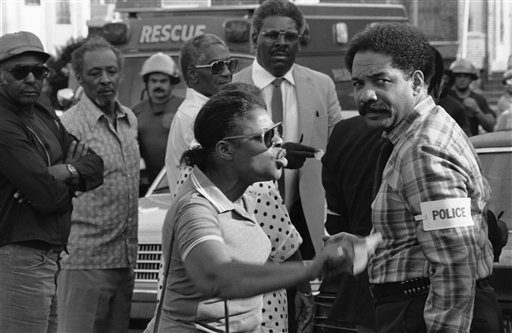 An angry woman confronts a plainclothes policeman, Tuesday, May 14, 1985 in Philadelphia, as smoke continued to rise from a home across the street. The burning house was one of many which caught fire after police dropped a bomb on the headquarters of the MOVEmovement on Monday. (AP Photo/Jack Kanthal) 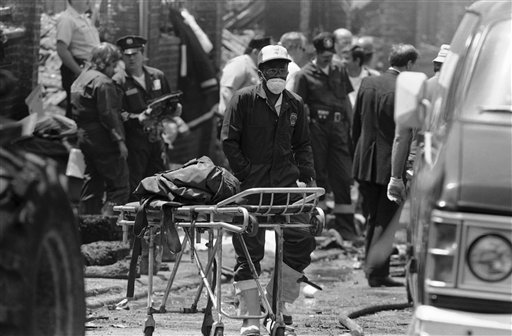 A worker transports the remains of a body found in the fire wreckage of the rowhouse once occupied by members of the radical group MOVE, Wednesday, May 15, 1985 in Philadelphia. Eight bodies have now been found in the gutted remains of the house, which, along with some 60 other homes in the areas, was devastated by the blaze on Monday. (AP Photo/George Widman).  Clash Between Radical Group MOVE and Police   8505160161 5/16/1985 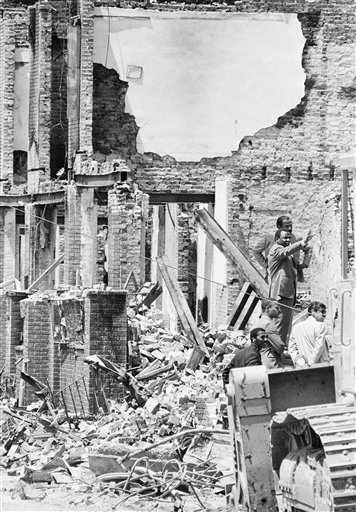 Philadelphia Mayor W. Wilson Goode, left, stands with Rep. John Conyers Jr., (D-Mich), chairman of the House Subcommittee on Criminal Justice,              atop the rubble of the west Philadelphia rowhouse that was once occupied by the radical group MOVE, May 20, 1985. Conyers' committee is launching           an Investigation into the MOVE siege. (AP Photo/Amy Sancetta) 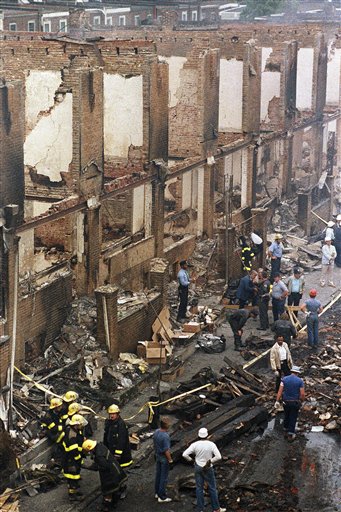 Two city blocks of rowhouses are left in ruin following the worst fire in the city?s history, May 15, 1985 in West Philadelphia. The blaze was caused accidently when police attempted to remove a radical group called MOVE from their house by dropping a satchel bomb on the structure a gun battle. (AP Photo) 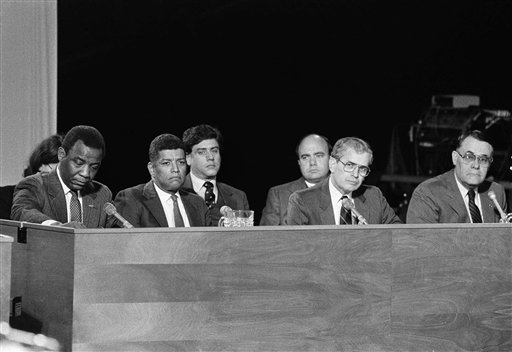 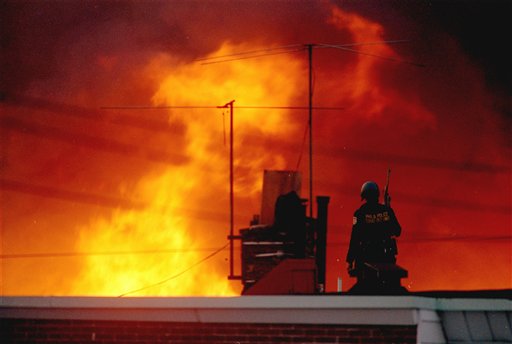 In this May, 1985 file photo, a Philadelphia policeman is seen on a rooftop as flames rise from a row of burning homes beyond, in Philadelphia. The fire started when police dropped a bomb onto the house of the militant group MOVE, on May 13, 1985 and fire spread throughout the area. (AP Photo/George Widman) 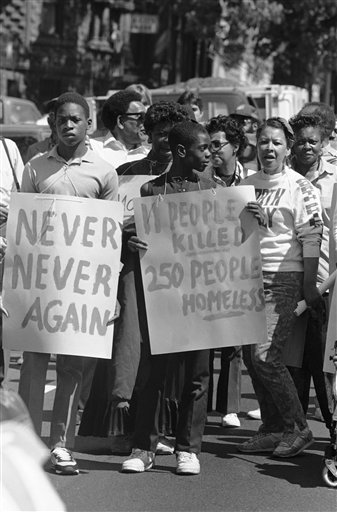 Some of a small group of marcher walks to a rally in center city Philadelphia, Tuesday, May 13, 1986 to mark the 1 year anniversary of the confrontation between police and the radical group MOVE of May 13, 1985. 11 MOVE members died in the confrontation and a West Philadelphia neighborhood of 61 homes burned from the ensuing fire. (AP Photo/Amy Sancetta)

Construction - Rising From the Ashes 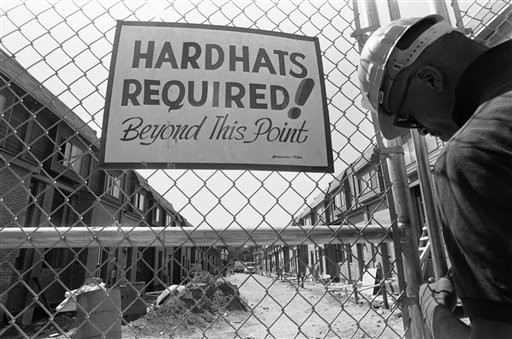