Almost immediately after the fire destroyed 60 homes on the block, Mayor Goode pledged to rebuild each one. He promised that the construction would be completed before Christmas 1985. Funding would largely come from the city, state, and federal government. However, the project quickly turned into a new disaster, plagued with corruption, delays, and shoddy work. 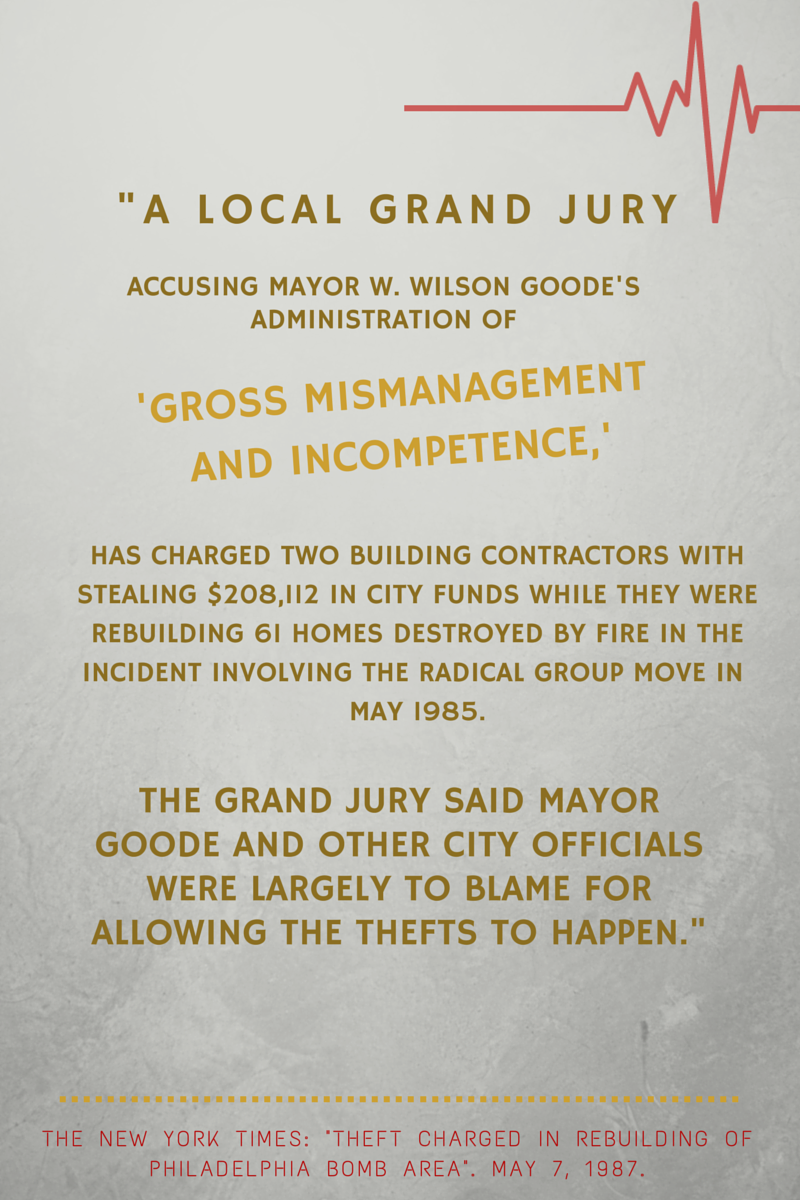 The New York Times: "Theft Charged in Rebuilding of Philadelphia Bomb Area". May 7, 1987.

After more than a decade of constant repairs to the homes, which suffered from leaky roofs, defective wiring, bad plumbing, loose nails, and cracked flooring, the city decided in 2000 to stop all repairs, and offer the remaining residents $150,000 to leave. 37 households took the deal. 24 households refused the deal, and instead sued the city for breach of contract. 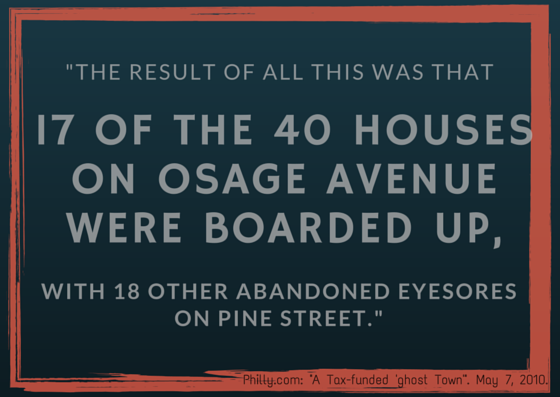 Condemned Buildings Abandoned by the City 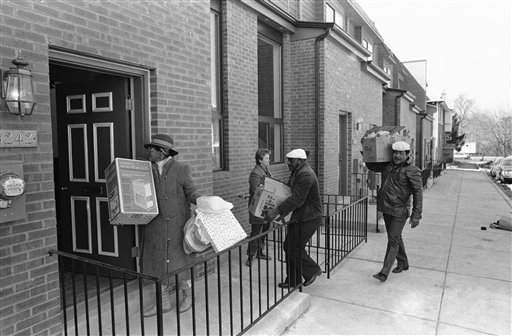 Residents of Osage Avenue move back into their reconstructed homes, 1986. 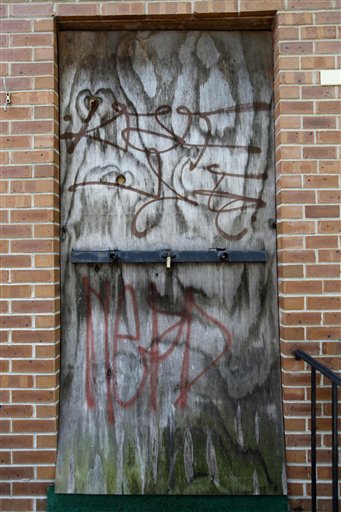 The homes rebuilt by the city were quickly condemned due to shoddy construction. Many of them remain abandoned by the City of Philadelphia today. 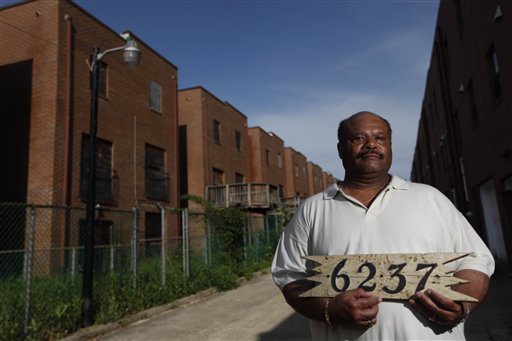 Residents of the block are still trying to get the City of Philadelphia to fix the vacant homes.