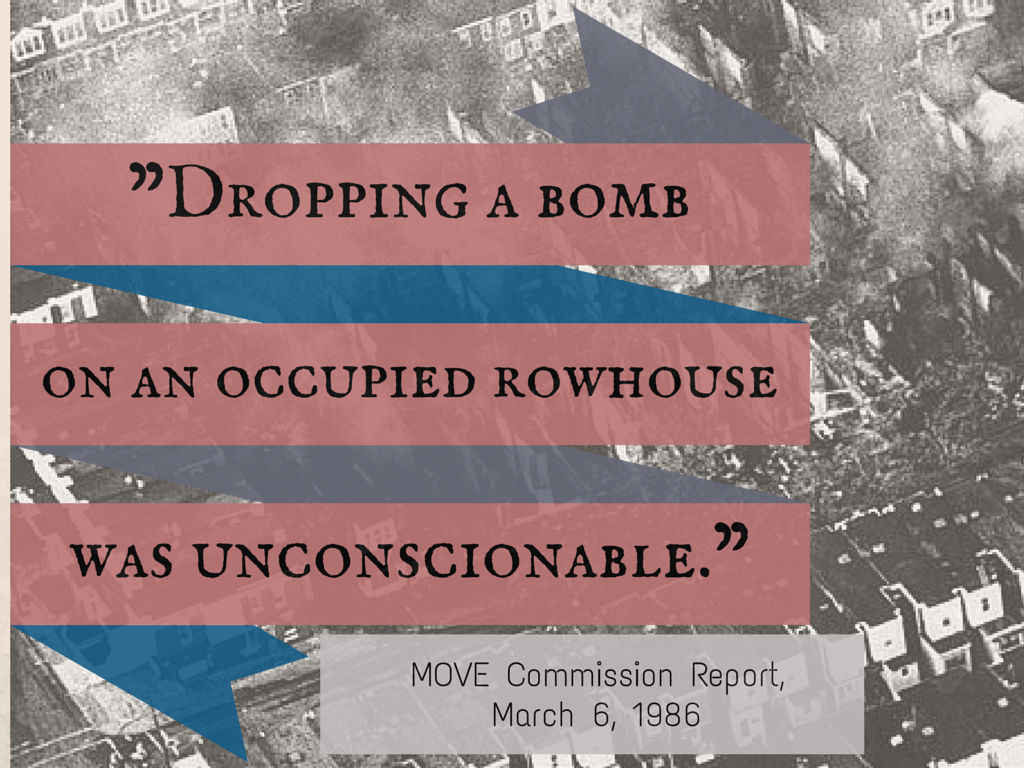 Click the image above or the PDF link below to read the full article. Accessed from the library's New York Times Historical database. 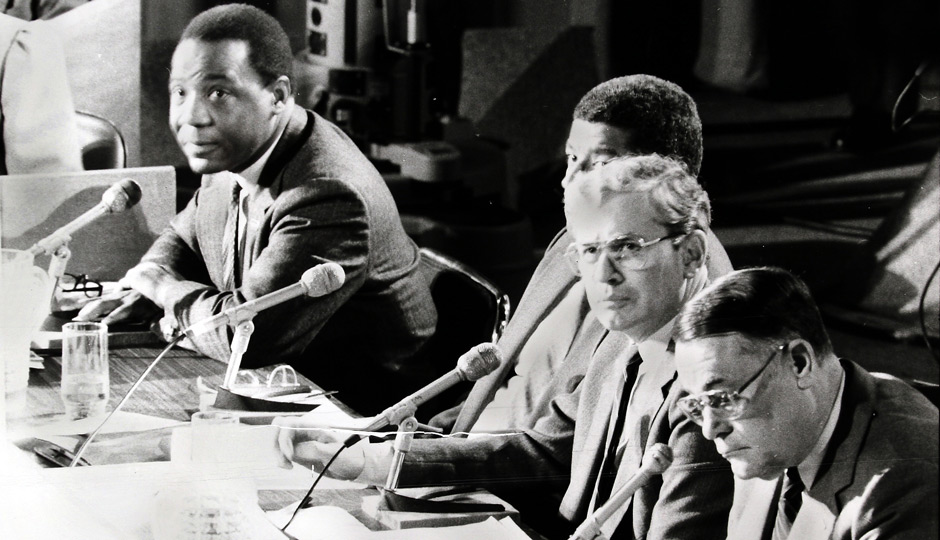 "The violent confrontation of May 13, 1985 between the MOVE organization and Philadelphia's city government, which left 11 MOVE members dead and 61 homes destroyed, was one of the most controversial episodes in the city's modern history. In its aftermath, the Philadelphia Special Investigation Commission, appointed by Mayor W. Wilson Goode, investigated in detail the events leading up to and including the attack on MOVE, held televised public hearings, and finally in March 1986 issued a report which was highly critical of government actions.

Little more than a week after the bombing, Mayor Goode agreed to the appointment of an independent commission to investigate the MOVE tragedy. The head of the Commission, William Brown III, had been head of the federal Equal Employment Opportunities Commission, and the Commission's eleven members included prominent individuals from a variety of backgrounds, ranging from attorney and politician Charles Bowser and Reverend Paul Washington to former Judge Bruce Kauffman and ex.Watergate Prosecutor Henry Ruth. William Lytton was retained as Staff Director and Temple Law School Dean Carl Singley as Special Counsel. Eventually, the staff grew to include seven investigators, as well as support personnel. Outside experts in explosives, fires and forensic pathology were retained, and eleven attorneys and forty five law students conducted about a thousand interviews in the summer of 1985. The total expense for the PSIC grew to about $1,000,000.

After conducting its interviews and gathering evidence from a wide variety of governmental agencies the Commission held five weeks of televised public hearings in the fall, at which 92 witnesses testified. The members of the Police bomb unit refused to testify, taking the Fifth Amendment after attempts by the Fraternal Order of Police (FOP) to block their appearance failed, and the surviving MOVE member, Ramona Africa, also refused to testify. However, witnesses did include all the key city officials, as well as residents, citizen negotiators and expert consultants. The hearings ended in early November. The Commission then deliberated for several months before issuing its report on March 6, 1986. That report was a sweeping denunciation of the actions of the city government, typified by the finding that "Dropping a bomb on an occupied row house was unconscionable." The PSIC's conclusions about the facts of the MOVE incident were followed by 38 recommendations for specific improvements in relevant city planning and operations. Several of them have been acted upon in the ensuing years."

Craig McCoy of the Inquirer on The MOVE Commission

From philly.com: "After the MOVE commission's findings were released to the public, the panel held a press conference [on March 6, 1986]. Here are excerpts from the commission's dialogue with the media."