"The MOVE organization, based in Philadelphia, is a radical mainly African American group, which fuses religious and political themes, including deep ecology. MOVE, which is not an acronym but signifies the organization’s commitment to radical change, has a history of conflict with the US authorities. In 1985 a MOVE communal household was bombed by the [city police] after a lengthy siege. Six adult MOVE members were killed along with five children. [...]  MOVE members believe that racial injustice, social inequality, environmental damage are products of the ‘reform world system’ which must be swept away via a green revolution. MOVE are deep ecologists with network links to Earth First! and African American militants. Their fusion of pagan themes and Christianity suggests a milieu shared with other black green radicals including the Mother Earth sect from Trinidad and Jamaican Rastafarianism."
-- Wall, D. (2002). Move. In International encyclopedia of environmental politics. London, United Kingdom: Routledge. Retrieved from http://search.credoreference.com/content/entry/routenvpol/move/0

How do members of MOVE define the organization? Visit their website to hear more about MOVE in their own words: onamove.com/about/ 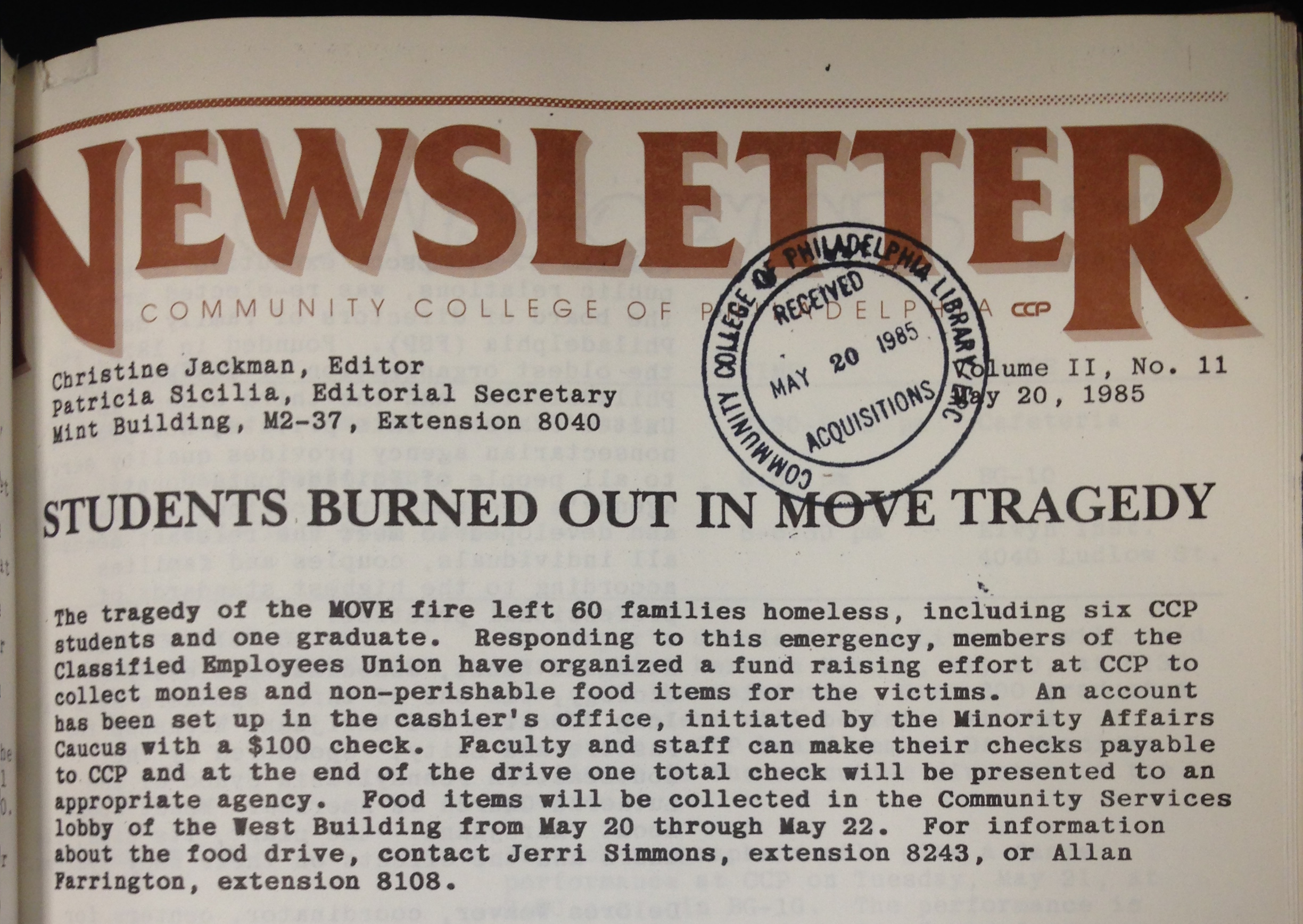 Image from the College library Archives 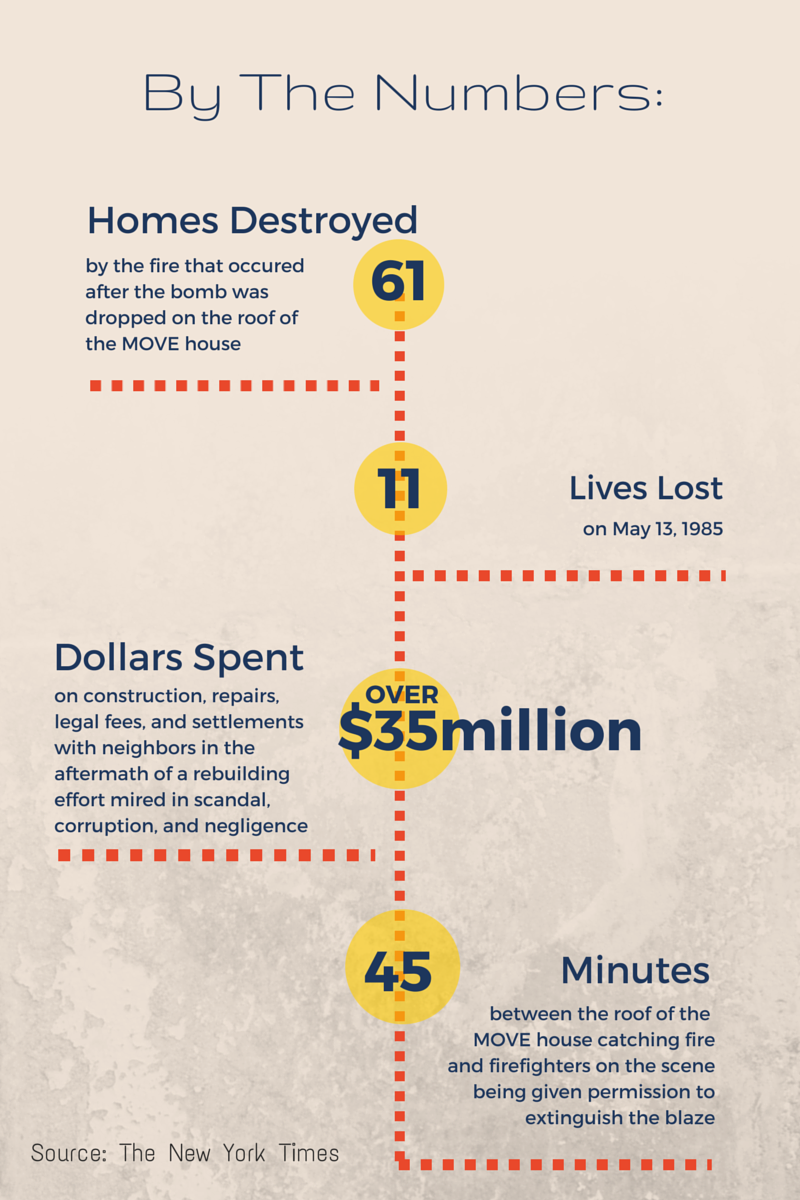 Books at the CCP Library 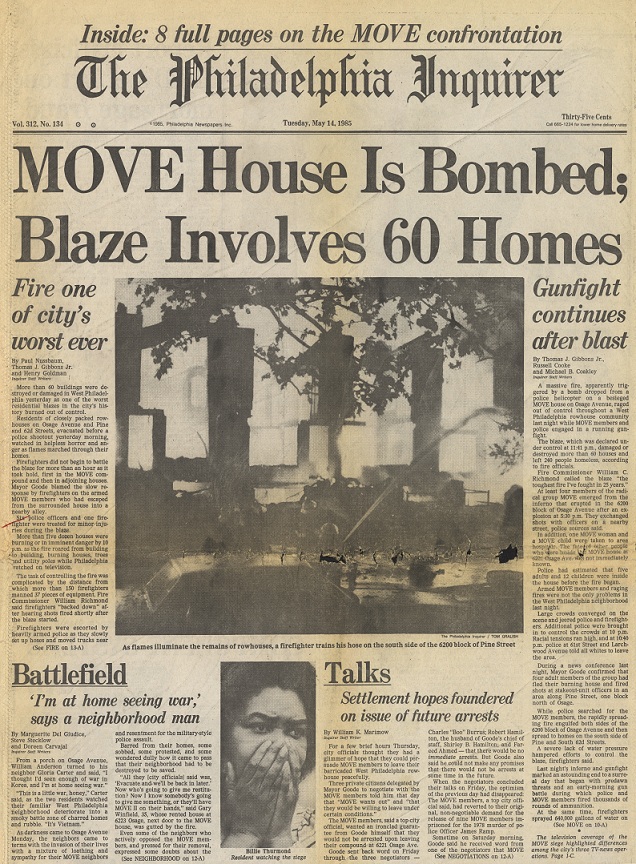 MOVE vs. Police: The 1978 Confrontation in Powelton Village 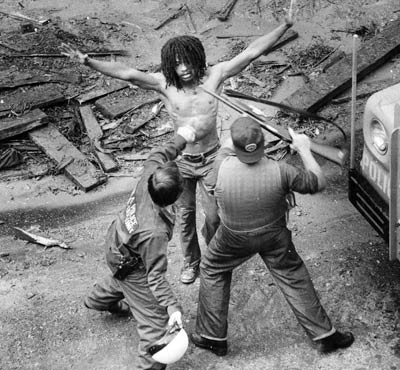 "Delbert Africa, surrendering to police after a shootout that claimed the life of Officer James J. Ramp, is about to get struck in the head with a helmet. He was subsequently beaten before being led to a police wagon. (J.G. Domke/Inquirer, File)" -- Caption from Philly.com

Tensions between MOVE and the city had been brewing for nearly a decade before May 13, 1985. In the late 1970s, MOVE had established themselves in Powelton Village, and had had several confrontations with police. A serious standoff occurred in August 1978, which resulted in the death of one police officer, multiple arrests and subsequent convictions of MOVE members, a severe beating of unarmed Delbert Africa by police officers (captured on film), and the relocation of MOVE from Powelton Village to the 6200 block of Osage Avenue.

CCP's student newspaper, The Vanguard, published the following article in 1978, which describes the tensions that had mounted between MOVE, the police, and then-mayor Frank Rizzo in 1978. Incredibly, the headline foreshadows the 1985 bombing (click the image to see a larger version): 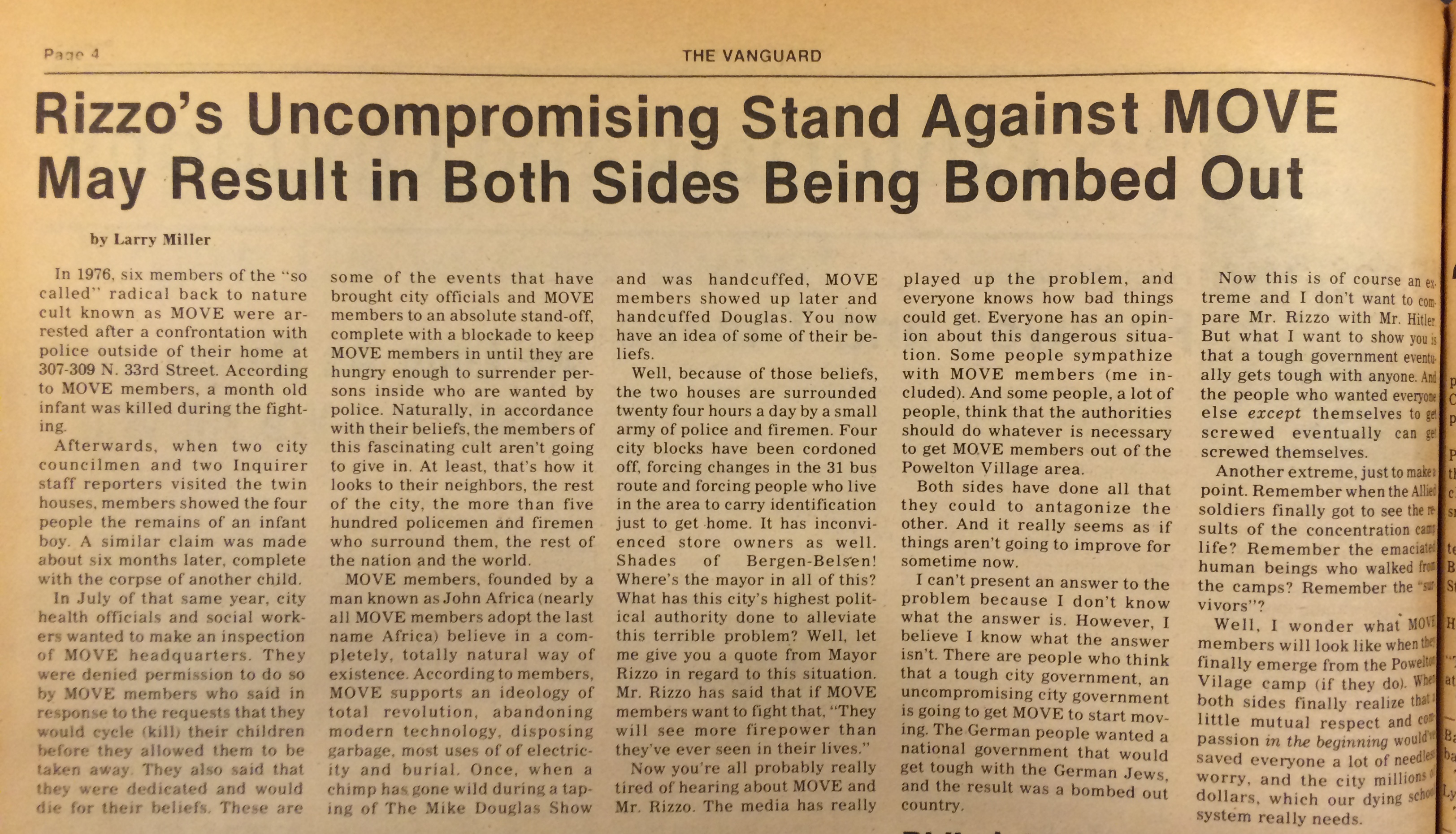 Image from the College library Archives

You can read more about the 1978 standoff and the impact it may have had on the 1985 incident by reading the article linked below: 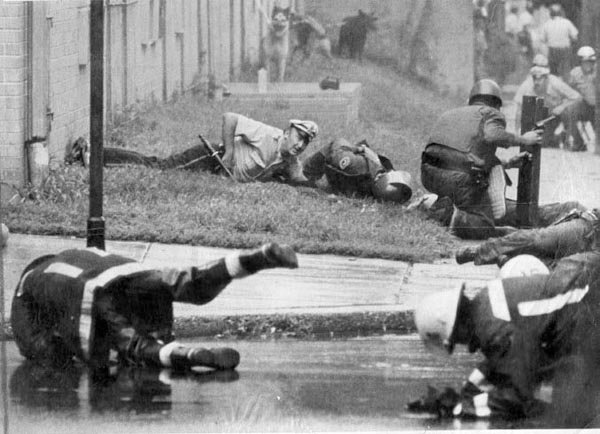